Protests across the country against load shedding hours – Pakistan 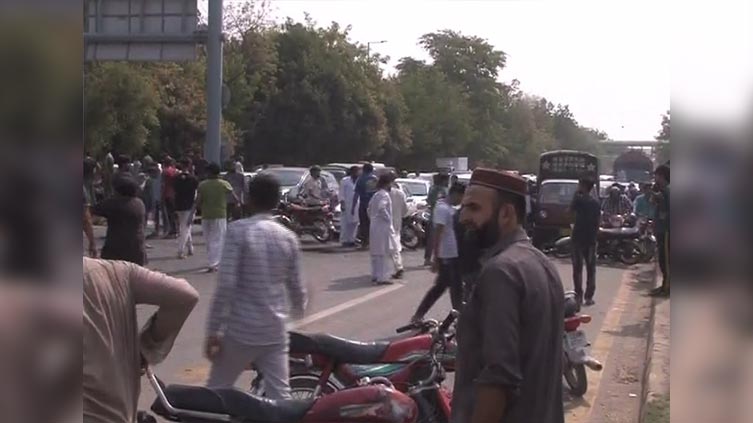 Demonstrations across the country against power cuts lasting several hours


Citizens in different cities staged protests on the roads against the power cuts that lasted for hours.


LAHORE (Dunya News) – Protests are taking place across the country after hours of blackouts in different cities including Lahore, Karachi, Peshawar and several others. The lack of power reached its worst in the scorching heat and humid weather.

Citizens in different cities staged protests on the roads against the power cuts that lasted for hours.

The load shedding situation in the federal capital has also worsened due to which routine work in the markets and household chores are severely affected.

The PESCO spokesman said several feeders were tripping due to the hot weather. He said PESCO gets the 590 MW quota while the city faces forced load shedding of 880 MW.

The deficit in Faisalabad has exceeded 1100 MW, forcing the city to deal with unforeseen load shedding.

Meanwhile, in Karachi, power cuts reached up to 12-2 p.m. The areas that have been affected are Liaqatabad, Karimabad, Malir, Aurangi Town, Gulestan-e-Johar, Machar Colony and several others.

Earlier on Tuesday, due to prolonged power outage in the city, Lahore residents staged protests in various areas as the continuous power cuts in the city increased the miseries of the public leading to difficulty in carrying out daily chores .

Angry residents staged a protest against the unannounced load shedding in Hamdard Chowk and blocked the roads by burning tyres. The demonstrators also chanted slogans against the Lahore Electric Supply Company (LESCO).